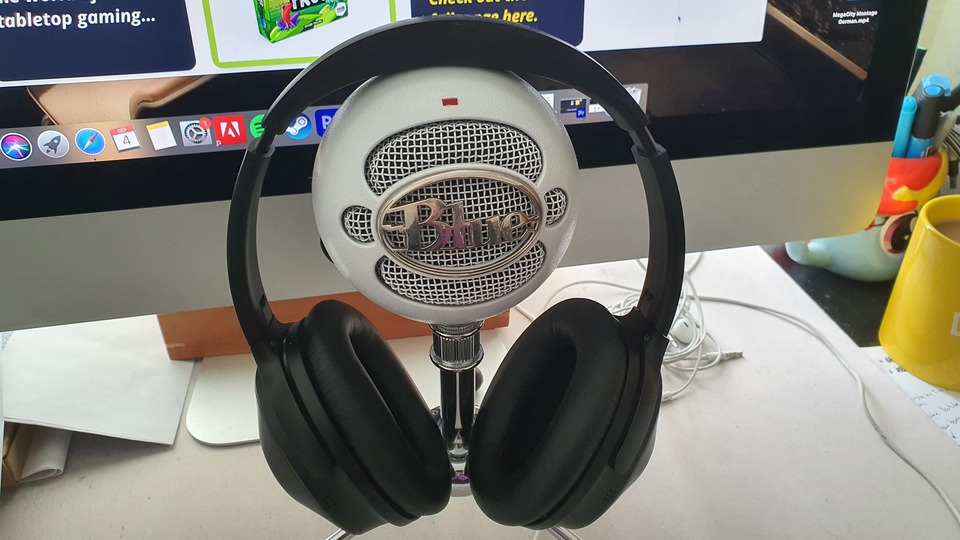 All the way back in April - which, honestly, feels like several lifetimes ago - Rory, Corina, Erin and Michael got together for what was essentially a glorified Zoom call. With little to no plan about what was about to happen, the only significant difference between that call and countless others that happen around the world every day was that we’d actually broadcast it live on our Facebook page for other folks to watch and get involved in, if they wanted to - and so, the weekly Hub Games Team Talk was born.

We’re coming up on five months of doing them now, and things have evolved a fair bit already. The rotation of hosts has shifted about (though you can pretty much guarantee that both me and Rory will be on there most of the time), and the focus has changed from being specifically about the inner workings of the company to a wider, more holistic look at stuff happening in the games industry, albeit with a central topic as a jumping off point each week. The conversation is… kind of guided (?) but always free to move through countless sidebars and tangents - and somehow we’ve managed to pull together a regular live audience, as well as a following for the repeated shows when they go up on Youtube.

A lot of this is down to the variety of wonderful guests who we’ve had the pleasure to welcome to the show. Designers like Banana Chan (Jiangshi), Tony Boydell (Snowdonia) and Matt Leacock (Pandemic), writers such as Lynne Hardy (Chaosium) and Christopher Eggett (Tabletop Gaming Magazine), reviewers, podcasters… we’re always looking to include different viewpoints from as diverse a selection of people as we can get, and as time goes on and the show continues, the plan is to widen than net even further. 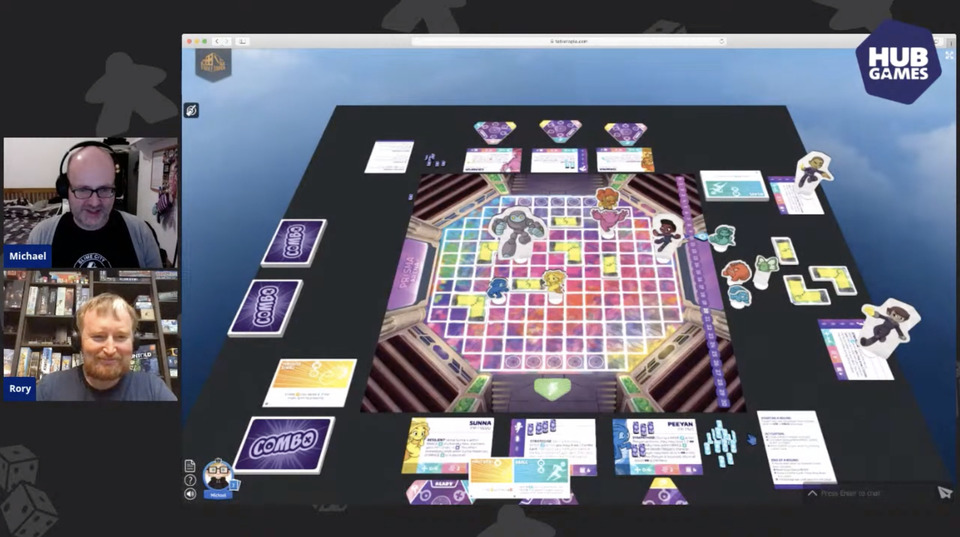 With that in mind, we’re also moving away from the Team Talk name. Honestly, it’s probably not the best title, and it was fine for what we wanted to do when we started. However, as we’re aiming to cover more and more things that aren’t specifically about Us As A Company, we’ve decided to go for calling our weekly get-together the Hub Games Hangout (which we’ll invariably shorten to The Hangout as things progress). It’s still coming from us, but with a name that’s more reflective of the relatively chill discussions we have, and welcomes anyone, anywhere, to come and join us and be as involved (or not) as they please.

We’re also going to be putting a little more shine on the production from here onwards - just a few simple steps involving branding, intro videos, and banners, that kind of thing. Everything else will be virtually the same, with the show continuing to go out live from our various homes every Wednesday evening at 7pm UK time (2pm EST). And even though it was initially put together to keep us going during the Coronavirus pandemic, we’re planning on continuing it indefinitely. In fact, we’re even going to expand our online adventures further…

Because, as of next week - Monday 7th September - we’ll be bumping up the live-streaming to three times a week! On Mondays and Fridays we’ll be kicking off earlier, 2pm UK time (9am EST), and these will be much more game focused. Some will have members of the team playing our own games against each other, either face-to-face or online using Tabletopia, while other streams will open the challenges up to the live viewers. Sometimes we’ll be looking to play against specific members of the community as guests on the stream, whereas other times will be against the whole of chat. Michael is currently feverishly working out ways to make this work (and there will undoubtedly be problems to begin with!) but we’re excited about making this happen, technical challenges and all!

Plans are also afoot to do other content in these slots, such as Design-A-Long episodes where folks can get an in-depth look at how the gaming sausage is made, and maybe even have an impact on whatever we happen to be working on at the time! Chats about games and the community in general will also happen regularly, so we’d advise keeping an eye on our socials - Twitter, Facebook, and Instagram - for news of what’s happening when. And, once again, don’t forget to join us this and every Wednesday evening for an awesome Hangout! See you there!