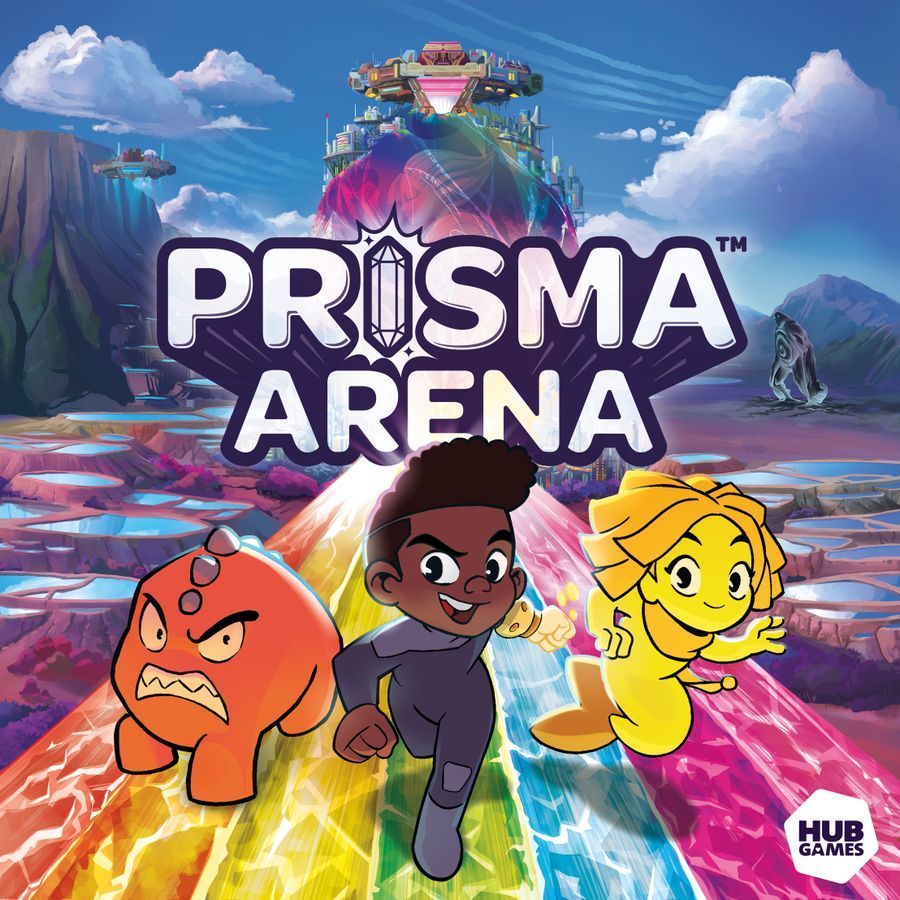 As of posting time, there are ten days to go until we finally get to release Prisma Arena. It’s been a long road, almost three years of design and development, honing and perfecting a game that we honestly believe will open up the world of arena combat games to a much wider audience than any other title has done before. We’ve said countless times that Prisma Arena is accessible, bright and beautiful - now we get to actually see what you folks think about it. And to celebrate this labour of love, in the lead up to the release, it’s time for some Hero Orientation!

This is basically our chance to shout out loud about our new game, and it all kicked off yesterday on our Hub Games Twitch channel with a solo play by Michael. You can check out the video on demand right now (alongside all of our other streams!) by subscribing to our YouTube! More full game playthroughs are planned for the coming days, including the final episodes in the epic battle between Rory and Michael every Friday afternoon, as well as another tilt at the solo mode next Monday. There’s always a vibrant group cheering us along in the live chat too, so it’d be a pleasure to have you join us!

Of course, each Wednesday evening, we have the Hub Games Hangout, and we’re delighted the announce that we’ll have some of the masterminds behind the game joining us for the episode on November 11th - from design to development, layout to gameplay, you can be sure all areas will be covered. Everything kicks off at 7pm UK time over at twitch.tv/wearehubgames - there’s always great discussions no matter what the topic is, and it’ll be really cool to dive deep into creating the play style, look and overall feeling of the game. We’ll be sure to cover everything from the influences to the decisions behind character choices, and much more besides - we hope to see you there.

As well as plenty of livestreams, we’ll also be sharing the reviews that are now coming in from gamers all around the world. We’ve already heard from folks like Cora and Dan at The Dice Tower as well as The Family Gamers, and many more write-ups and videos will be landing in the next few days. The best way to keep up on these would be by following our social media - we’ll try to repost as many of the reviews as possible over on our Twitter and Facebook pages, so you can see exactly what everyone is saying about Prisma Arena! 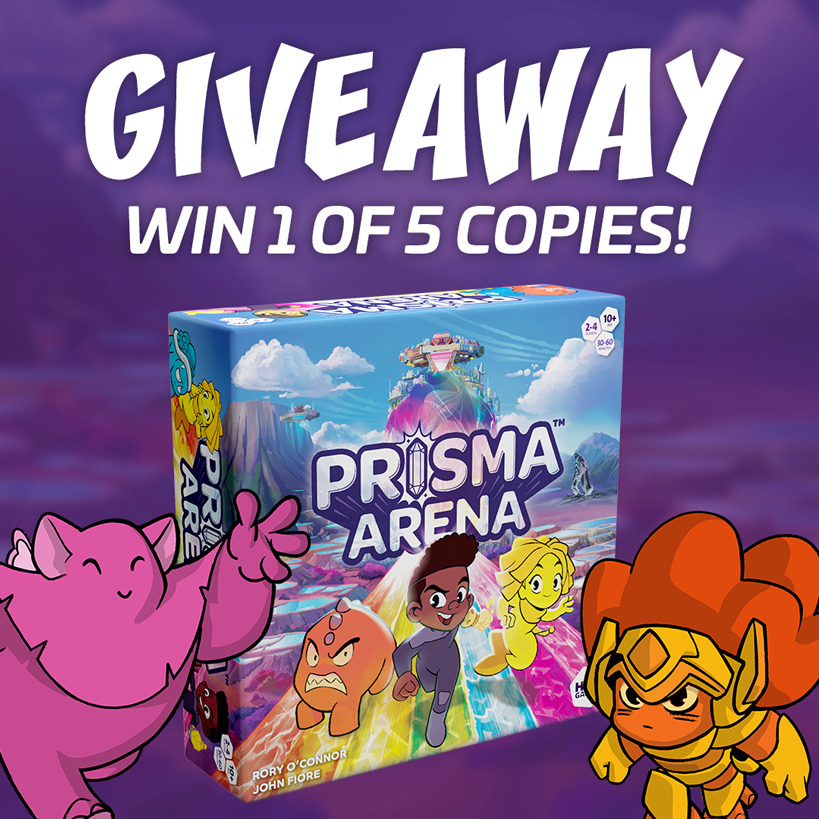 Of course, a new release wouldn’t be the same without some kind of giveaway, and Prisma Arena is no exception. In the lead up to the release on the 13th, we’re giving away five copies of the game right now! All you need to do is head over to the link you’ll find here, follow the instructions, and you’re in with a chance to have a shiny copy of Prisma Arena delivered straight to your door for free! And by sharing the giveaway on your social media of choice, you’ll increase your opportunity of winning… Once again, just click the link, give us a couple of follows, and you’re in the draw!

If you’re not successful, don’t worry - you’ll still be able to get hold of the game as of next week. You can order Prisma Arena right now from your favourite online store, direct from us, or at your Friendly Local Game Store. If you do choose to go down the retail route, be sure to ask about getting hold of an exclusive Hero standee from the Launch Kit that we’ve sent out to stores that order the game. These will certainly be tricky to get hold of in the future, and having one will show that you’ve been there since day one!

As you can no doubt tell, we’re incredibly excited to finally get Prisma Arena out the door and onto your tables. It’s honestly been a game we’ve put a huge amount of love, care and attention into, and we hope that it shows from the moment you first open the box. We can’t wait to hear about your battles in the Arena, to see your customised characters, and check out your awesome Prisma Powers when we all get to play against each other in the future. Now, suit up and get ready for training… Join the fight for Hope today!