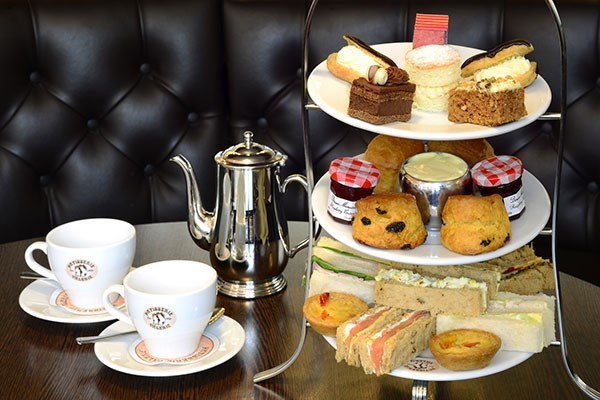 A wee while ago, we put up a piece on the Hub Games blog about playing solo games - something that a lot of folks have been dipping their toes into as the whole global pandemic thing continues apace. Now, while there are many people who are still stuck on their own (and probably will be for a while), there are also many homes containing a couple of gamers (or at least a gamer accompanied by someone who’s either willing to give it a shot or can be suitably coerced into sitting down at the table). With that in mind, and as something of a companion piece to our solo gaming post, it’s now time for some suggestions for two players! This one will be more about recommending actual games rather than systems that are in place to help you play, but we know that there are also plenty of sites and services that will allow you to play these online…

First off, shameless plugging. There are plenty of titles in the Hub Games catalogue that work great for two players. Our big focus at the moment is on Prisma Arena, due for release this coming November, a game that was specifically built from the ground up to have two players battling at its core. Of course, there are modes for three or even four players, but the main focus is on that one-on-one fight to be the best as you train to become Guardians of Light in the long battle against Despair. While it’s not out yet, we do play it on our regular livestreams, so you can see it for yourself (and hey, maybe even jump in for a play on Tabletopia).

Adventure Mart, which we released at the start of summer, has a particularly strong two-player mode. As you play more and more, you’ll learn the cards your opponent holds and can scheme your way to victory. Flip Over Frog becomes a tense-but-still-fun game that’s over in ten minutes, a true battle of wits and memory, with the sharpest mind most likely to take the win. Of course, if you prefer something a bit more chill, there’s also Untold: Adventures Await, packing a ton of storytelling fun into an hour, while the thoughtful Holding On will be a comparatively personal, intense experience.

Meanwhile, no matter what kind of game you enjoy, there’s bound to be something out there that appeals AND works well with two players. Some will be specifically designed to work with two, others with more, but here are a few that we games from other companies that we really like to play with one other person…

Marvel Champions - Take on the mantle of an ever-increasing number of heroes and go up against some of the Marvel Universe’s most notorious villains! This Living Card Game has seen a lot of play on various Hub Games tables since launching last year, and encourages discussions and cooperation, as well as mixing up the heroes you choose to play. Each hero and villain deck manages to feel different, offering a lot of replayability, and frankly even just picking up the base game will give you a lot of stuff to work with.

Forbidden Island - Another co-op, but one with a very different feel! As each player chooses a unique ability at the beginning of the game, this can be a surprisingly challenging time with only two players. Running around the constantly sinking island, trying to grab sets of cards to claim the mystical relics while your paths are getting more and more cut off is a lot of fun, with just enough pressure to make you sweat!

Agricola: All Creatures Big and Small / Le Havre: The Inland Port - Two small-box remixes of larger games from Uwe Rosenberg, these both pack a lot of punch and are specifically designed for two players only. Definitely much more competitive than the previous suggestions, they both manage to capture the vibes of their bigger-box siblings. Whether you’re building competing farms or trying to make the most cash from buying and selling goods, if you’re a fan of eurogames, these are sure to hit - and you can knock them out in half an hour!

1960: Making of the President: As bitter and cutthroat as an Actual American Election, you should probably set aside a chunk of your afternoon for this one. One player is Nixon, the other JFK, and the prize is the US presidency. You’ll play out the entirety of the 1960 election in abstract, learn a lot about what was happening at the time, and then spend a long time wondering why the Electoral College works like it does… And if you fancy stepping up the historical stuff a bit more, you can always go global and break out a copy of the incredible Twilight Struggle afterwards.

These, of course, are barely scraping the surface of great games for two players. Which favourites do you have sitting on your shelves? Let us know on Twitter, Facebook, or Instagram! We love to hear what folks are playing, and are always ready to check out recommendations!