Perfect Prototyping (on a budget) 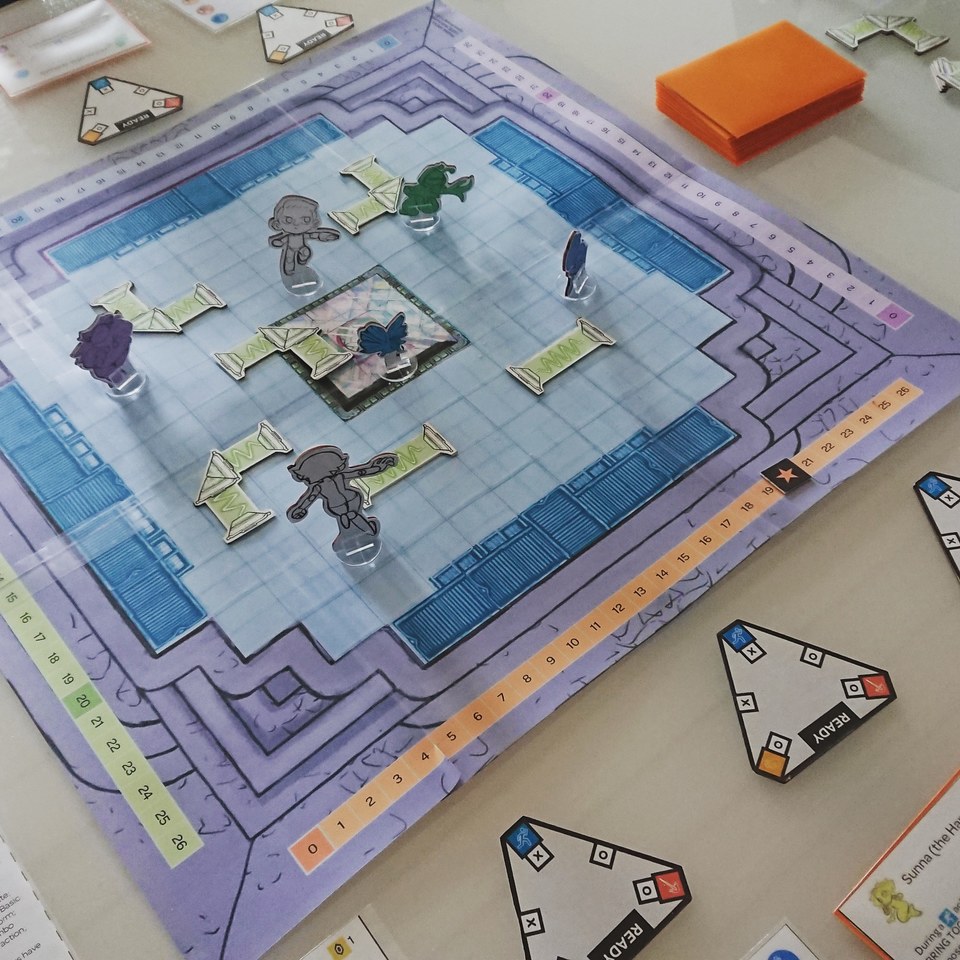 Making games is… not a simple process. There’s the testing, of course, making sure that the game actually works and can’t be broken in terrible ways. There’s production, ensuring that the actual game looks great and stands up to repeated usage. There’s distribution, working out deals with companies all around the world to sell your product, often creating versions in new languages - then you have to get the stuff to their warehouses. Promotion helps, of course, because folks need to know about your games in order to buy them… but none of these matter if games aren’t designed in the first place.

This week, we’re here to convince you to make that game that’s been boiling away in the back of your mind. There’s the old adage that everyone has a book in them, and honestly, that kind of vibe transfers to all people who play games - a time will always come where they think “hey, I could do this”. And guess what, you can! We can’t guarantee that it’ll be good, or even playable, but there’s something truly fantastic about taking an idea from your head and making it real. And the good thing is, you don’t even need a lot of physical resources to do it.

What you will need is paper. Plenty of it. A ream of A4 (or 8”x11” if you’d prefer) will keep you going for ages. You may want to upgrade a little and go for some decent cardstock so you can’t see through the back of cards you create, especially if they’re supposed to be secret. It’s not necessary, but certainly helpful. You’ll also need at least one pen, and some colour markers or pencils, plus a ruler and a pair of scissors. They don’t need to be expensive - none of these suggestions do - but they’re pretty much essential. And honestly, that’s kind of it - that’s everything you need to get your first prototype up and running. Cards, board, tokens, other bits… everything can be made out of basic paper. It doesn’t need to look good right now - it just needs to exist in reality so you can start messing around with it.

Something we've been working on for a while started off with just paper and stickers - and it doesn't need to look pretty!

And while you can get a fully functional game working using just paper and pens, you’re quickly going to want to make a few Quality of Life improvements, just to ensure that things go a little smoother when you’re working on your new project. Thankfully, none of these need to be very expensive, and if you have even a couple of games in your collection, you’re good. If you need components, never be afraid to raid other boxes (though, if you’re anything like us, also putting together a list of what you’ve taken from where will be useful - there are still a few cubes strewn across the office that we’re not entirely sure which game they’re out of). If you do have some money that you’re looking to put into a ‘nicer’ prototyping kit, we can’t recommend the good folks at http://spielmaterial.de highly enough. A few sets of different coloured cubes and discs, alongside some meeples in different colours will be plenty to keep you going as you build your creation.

While they’re not a necessity, card sleeves will help you greatly too - particularly if you’re looking at making something that uses more than one card deck or type. While you can mark the backs of your paper cards, you’re never going to get it perfect, so a little cash spent on some sleeves will be very helpful indeed. The standard card size is 63mm x 88mm, or 2 1/2” x 3 1/2”, so make sure you pick up packs that show those sizes marked on the front. We normally have two or three different colours of sleeves handy, along with a big stack of common cards from dead CCGs to shove in alongside the prototype cards to make the shuffling easier. Not required, sure, but something that improves your testing experience no end! 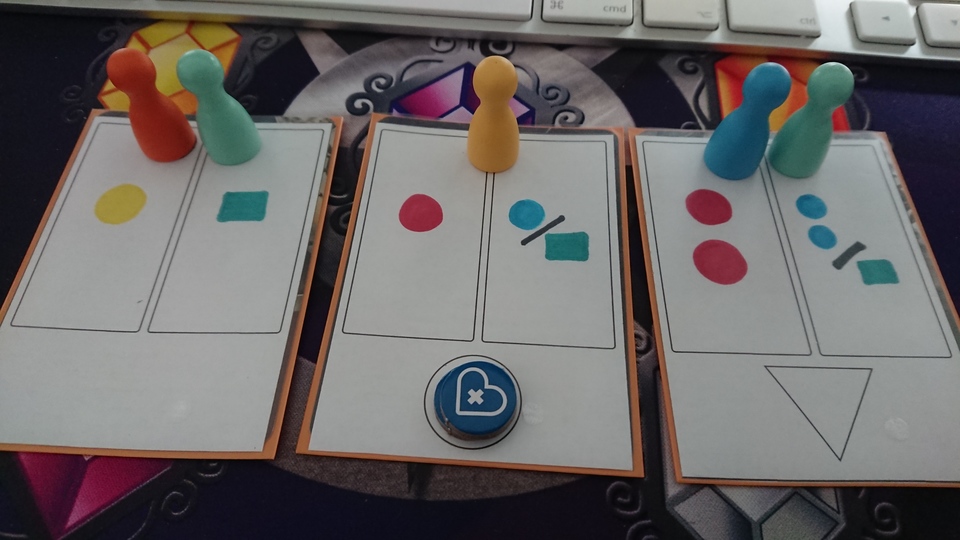 This looks... familiar? But different? We definitely raided those pieces from some game...

If you decide to pursue things further, you may want to make a fancier version of your prototype on your computer to print out, but even this can be done relatively cheaply. Software like GIMP is free, and will help you lay out cards and boards - there are plenty of tutorials online that’ll get you up to speed on how to use it to a decent degree. The fantastic game-icons.net is also an invaluable resource, allowing you to set up, colour and download thousands of open source icons that look great. You’ll also probably want to get your hands on a printer too - we have a very basic HP Deskjet 2622 to print stuff out on which works grand. Just remember that you don’t need to reprint every single time you change something in the game, just grab a pen, scribble the changes down straight onto the card and get testing again!

So, that’s our suggestion list for what you’ll need to get your first prototype up and running. Paper and pens, ruler and scissors, plus cubes and bits raided from other games if you feel fancy, and sleeves and a cheap printer if you want to go all out. We’re actually planning on doing some live design streams over on our Twitch and YouTube channels soon, building a new game from the ground up, and it would be fantastic if you could join us sometime to give us your input!