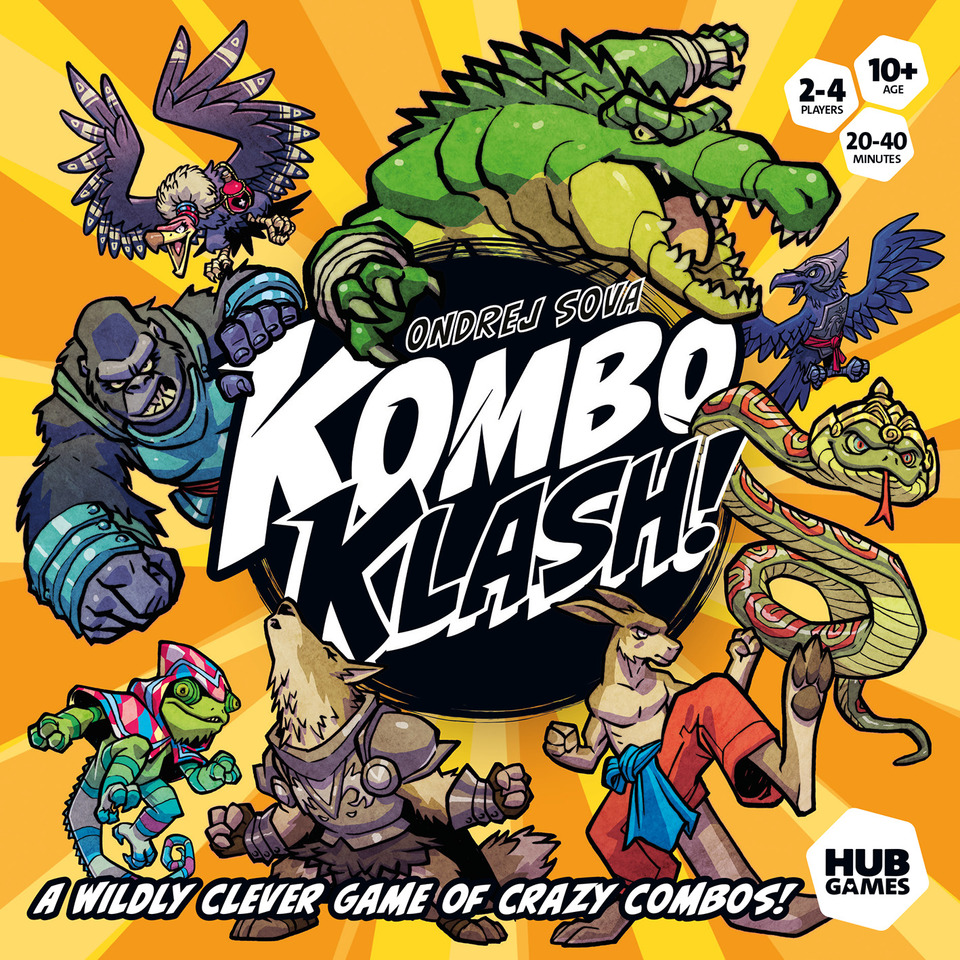 Back at Essen 2019 - you know, the before times, when we used to have Actual Conventions - we were pretty delighted at the reception that Flip Over Frog was getting. You can explain the whole thing in one minute, get people up and running to play it in three… it’s the very definition of an approachable, accessible game, the kind of thing that we at Hub Games are always keeping an eye out for. Peter Cernak, a distributor and store owner from Slovakia, was helping out on our booth for a bit when he suddenly disappeared off to another corner of the halls. He soon returned with a small box release called Kombo Afrika from Loris Games, declared that it’d be a perfect follow up to our fabulous froggy fiesta, and left things to happen as they do.

We get recommendations from folks outside our bubble quite often - the amount of times we’ve heard “oh, this will be perfect for you!” is easily up in triple digits by now - but we always give a game a shot. That night, extending into the weekend, Kombo Afrika hit the table a few times, and various members of the Hub Games team were impressed at how much game was packed into this tiny box. Some machinations took place behind the scenes over the following weeks, and soon the game was added to our schedule.

Another tile-laying game on a grid (5x5 instead of 4x4 this time), the newly renamed Kombo Klash! is indeed a worthy spiritual sequel to our much loved Flip Over Frog. A little bit crunchier (and a tiny bit bigger!) than its older sibling, it’s the perfect next step game for those of you who enjoyed FOF, and an ideal game night filler. Rather than playing a single tile each turn, you can actually play up to your whole hand of five tiles to the board, activating their special abilities after placement. With eight animals represented, there are seven abilities to trigger (plus one that helps you score as a wildcard) so there’s a lot to think of.

Most of your points will come from firing off Kombos, which are linked sets of three or more of the same animal tiles - score them by flipping the tiles face down, move your marker around the score track, and the highest score at the end of a round when one player hits a predetermined points total is the winner. And now that you’ve read that one single paragraph, you now pretty much know how to play the whole thing.

Of course, this being an official Hub Games project means that we have implemented some changes. Shifting the name from Kombo Afrika to Kombo Klash! is probably the most notable switch; all the animals in the original could be found in Africa, but we wanted to open things up to a more worldwide viewpoint. We’ve now got beasts from around the planet, which not only widens the focus, but also makes it a lot easier to think about potential expansion and/or promo content. 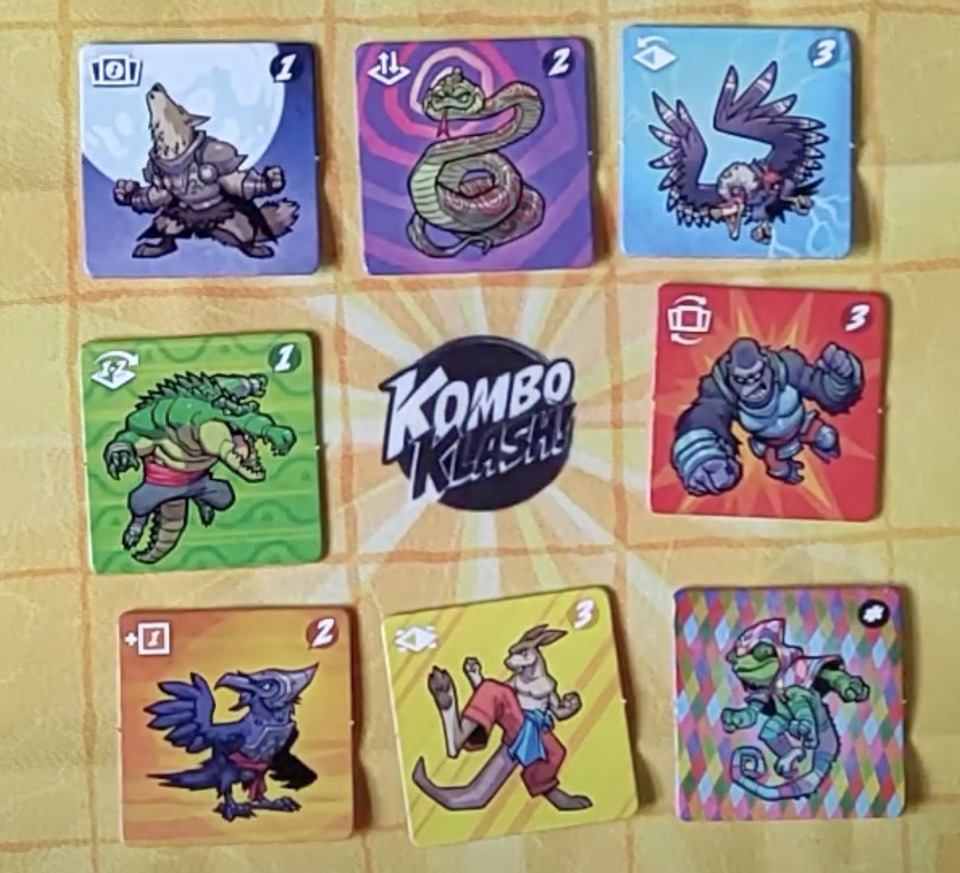 A quick screen grab from the unboxing video showing the eight animals involved in the Klash!

From a presentation standpoint, we really feel that we’ve beefed the game up compared to the original. To mirror what we did with Flip Over Frog, we’ve switched from cardstock to thicker, chunky tiles, meaning that they’re much easier to handle and manipulate. We’ve also moved away from having a board, replacing it with a printed cloth mat that (we think!) looks great. Finally, where the original game’s scores were tracked by each player using a pair of rotating pentagonal dials, we’ve placed a score track around the outside of the board and included tokens for players to show how well they’re doing.

Finally, we’ve given the game a full makeover by bringing the fantastic Jake Parker (best known for being the founder of Inktober, as well as an incredible artist) on board as the artist for Kombo Klash! His vibrant, exciting style has really given it a visual boost, which have been combined with our own Winnie Shek’s unbeatable skills in design and layout. The end result is a proper Hub Games release, full of heart, that we can’t wait for folks to play when it’s released early in 2021!

If you’d like to know more about the Kombo Klash! (and even watch it being played) head over to our YouTube channel and check out the video from the recent Virtually Expo event! We’ll also be running plays of it on upcoming livestreams, so keep an eye on our socials if you’d like to jump on and join us!