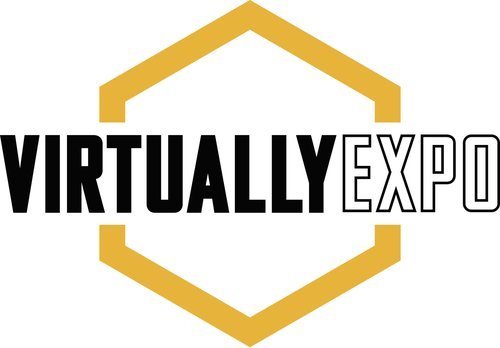 2020 has been an… interesting year for conventions. Normally the most interactive part of the gaming calendar, last year say various members of the Hub Games team travelling across half of Europe, the USA, and the UK for events. We’d get to play and sell our games with members of the public, talk with industry friends, promote our stuff at trade shows, all the while extolling the merits of not just our releases, but of gaming in general. This year we had Nuremberg’s Toy Fair, at that point already under the shadow of COVID-19, and Michael went to Airecon… but everything else? Postponed, outright cancelled, or - as now seems to be traditional - reformatted into an online event.

This past weekend saw UK Games Expo’s attempt at recreating the show experience as we got ourselves together for Virtually Expo. Having run our own Virtual World Tour events since the beginning of the year and gone through Gen Con Online a couple of weeks ago, we’ve probably had a little more time as a team to get used to the world of digital tabletops. However, regardless of how much time you’ve spent huddled over your computer on Tabletop Simulator, the virtual convention is a very different beast compared to real-life shows.

We’re all still trying to work out how to make things work, but honestly, Virtually Expo was pretty decent from an organisational point of view. Rather than the frankly awful “Looking Glass” set up in place of an actual hall by Gen Con, we were provided with a simple but easy to navigate page comprising of all the exhibitors in a bunch of columns. Scroll down, see a company you like the look of, click… and you’re taken to their individual page, complete with whatever information they want to provide; generally a blurb about the company, the new games they’re focusing on, a list of events they’re doing and a bunch of links to click.

As companies, we were encouraged to set up Discord servers (of course, we already have one - you can join it by simply clicking here!) and direct people to them in order to run demos and interact with folks. This seemed to work pretty well, but it’s no replacement for just having folks wander up to your booth because something in their peripheral vision caught their eye. You’re relying instead on the person jumping through a number of hoops, making active decisions to seek you out, and - honestly - being brave enough to chat to random strangers online, which is A Hard Thing for a lot of people. Thankfully, over the course of the two-and-a-half days, we did have a relatively steady stream of folks old and new wander into our chat, but compared to the hundreds (or even thousands) that we would normally interact with over the course of a standard weekend show, it’s a very different world. 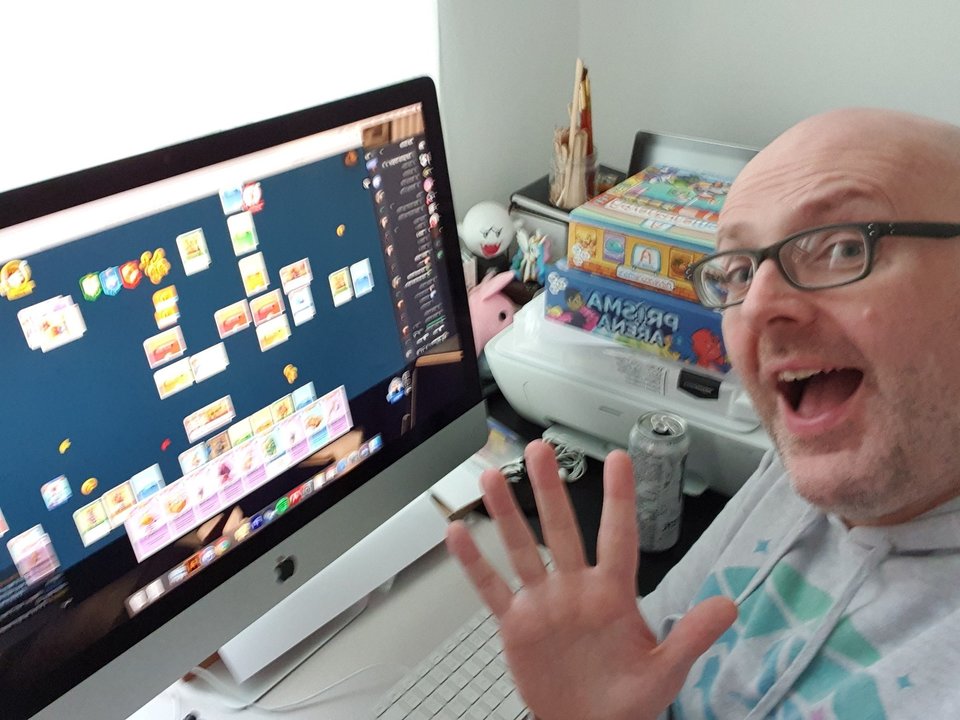 Here's our Michael, on the show floor, demoing Adventure Mart!

However, the people we did get to play with were utterly delightful. For most, this was dipping a toe into the pool for the first time, so as well as teaching the games, we’d be walking them through how to use Discord and Tabletopia (which we chose because it’s free for users, as opposed to Tabletop Simulator, which has to be paid for). We’ve also learned that virtual demos can take a VERY long time - often up to double the playtime mentioned on the box - but the “we’re all in this together” spirit took the edge off the extended sessions.

On the wider scale, there seemed to be a small but strong community on the actual Virtually Expo Discords, and it’ll be nice to see that kept up over the coming weeks. The fact that the whole event was pulled into an online format over the course of a couple of month is also great, but there are certainly things that we as a publisher would like to see. First and foremost - and this may sound odd - but less of a focus on the companies in attendance would be a good step. Instead, rather than the Virtual Trade Hall, we’d like to put the games themselves up front; after all, that’s why everyone is coming together. A whole page of box shots, accompanied by a single sentence to plug each game that you can click on, which then takes you to the already set-up company page - that would be fantastic. After all, it’s often the art on the front of a box that causes someone to stop and pay attention at a real show in the first place, so shifting the focus to that would be a good move. A simple list of the people who publish the games is fine, but by giving the games the room to shine we’d attract a lot more virtual attendees who have already had their interest piqued.

Our next big event is Spiel.digital at the end of October, and we’re currently in the process of setting up things for that. They’re making some big promises, so it’ll be interesting to see what they manage to deliver. With the potential of 1000+ new releases, managing to cut through the noise and get games like Adventure Mart, Prisma Arena and Kombo Klash noticed will be a challenge, but we’re hopeful that we’ll be given the tools to do so.

(Also, if you’d like to hear more thoughts on Virtually Expo, check out the replay of our Hub Games Hangout with Tony Boydell over on our YouTube channel - and join us every Wednesday at 7pm UK time for a new show!)