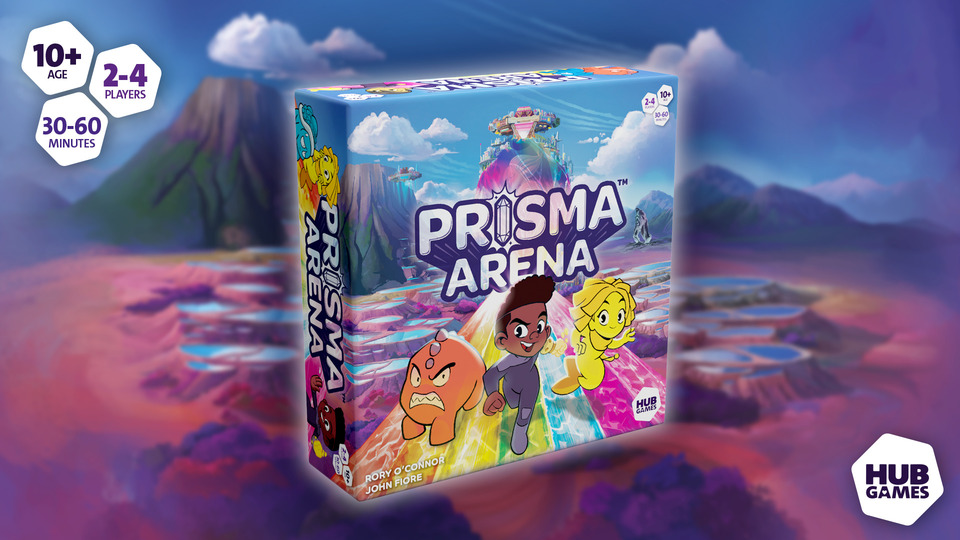 We’re returning to Kickstarter for the first time since Untold: Adventures Await with our brand new game, Prisma Arena! This project has been in the works for nearly two years, so we’re delighted (also honestly a bit relieved) that we’ve reached this step, and can’t wait to start showing the game to a much wider audience. We think there’s something very special here, and hope that you’ll agree.

Prisma Arena is fast-paced game of over-the-top arena combat for 2 to 4 players unlike any you have seen before. The Prisma Arena is found in Beacon, where you and your fellow players will start as novices in the battle art of Prismakata. You’ll need to strike, blast and move around the Arena as you grow, developing your skills and becoming one-of-a-kind fighters, training to someday be strong enough to take down the living embodiment of Despair.

Accompanied by your Mo’kon, physical versions of emotions that are each imbued with their own abilities, players take to the Arena and spar against their fellow trainees. You’ll need to pull off incredible Combos and bounce opponents out of the Arena to score points, with the winner being whoever hits the pre-determined target score. 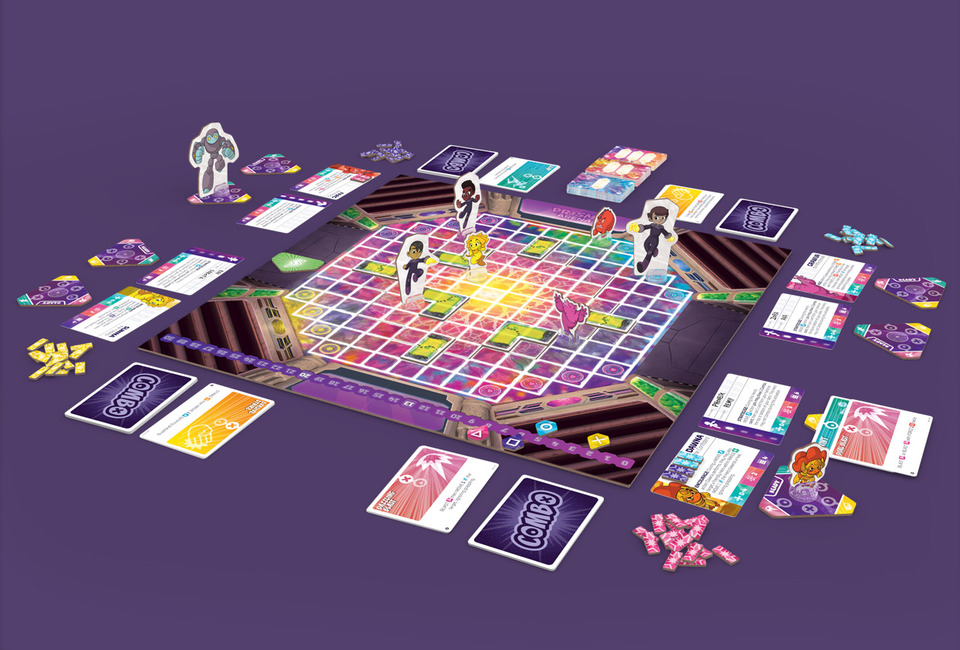 Playing and winning not only allows you to not only level up your Prisma Powers, but also enhance the look of your character through removable, reusable sticker sets. As you play, your character will become one-of-a-kind, and can even be brought to community events where you can face off against new foes!

Designed by Rory O’Connor and John Fiore and published by Hub Games, Prisma Arena aims to streamline the arena battle game, levelling the playing field and ensuring that players of all kinds can play and win. The game also promotes representation and inclusiveness, with characters that can be modified however the player sees fit, and plans to spread the available selection even wider with future releases. Affordability is also a key factor, opening up Prisma Arena to as wide an audience as possible. And, of course, the game looks stunning, bright and positive from the moment you open the box with art from 2000AD’s PJ Holden and Marvel’s Sean “Cheeks” Galloway.

We’ve been working even harder over the past few months to get the word out about Prisma Arena, and are working with a wide range of reviewers and previewers to get their thoughts on the game. As we get closer to the campaign launch on May 19th, keep an eye out for those videos and write ups! Members of the Hub Games team will also be popping up on livestreams and podcasts with more details, so be sure to follow us on Twitter, Instagram and Facebook for even more updates!