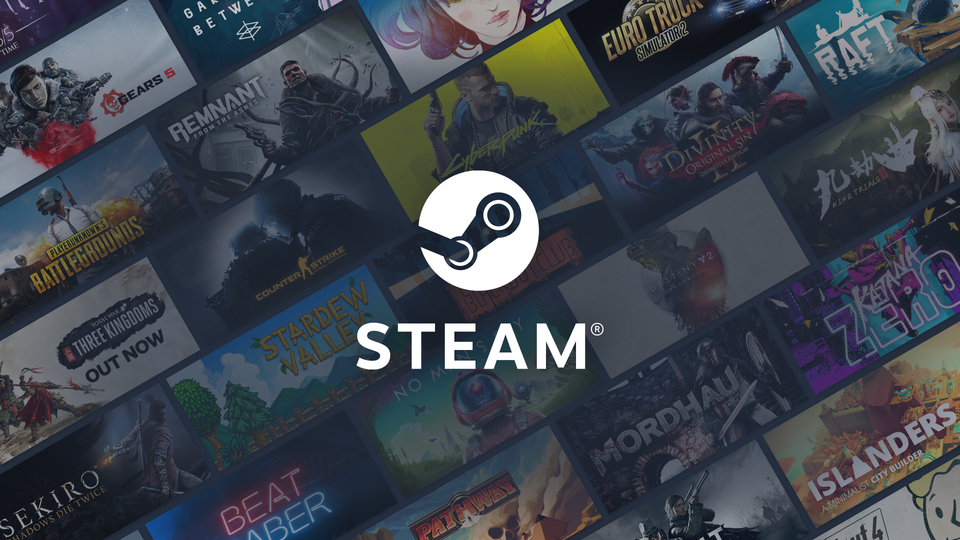 Welp, we’re on lockdown again here in sunny Belfast, kind of. Anyone in the Belfast council area (so, us) and a few other places around Northern Ireland are no longer allowed to visit each other's homes - the heady days of managing to sneak a quick couple of face-to-face games (ie: some Marvel Champions and Fort this past weekend) are now gone! So, we’re back to Tabletop Simulator, Tabletop, Zoom and Discord for the foreseeable future. But what happens when you’ve got that “I want to play a game” itch but no-one’s online to scratch it? Well, it’s time to break out your phone or fire up Steam on your computer… here’s a bunch of recommendations for games we enjoy that see you take on an AI in an attempt to give you that full multiplayer experience without anyone else around! 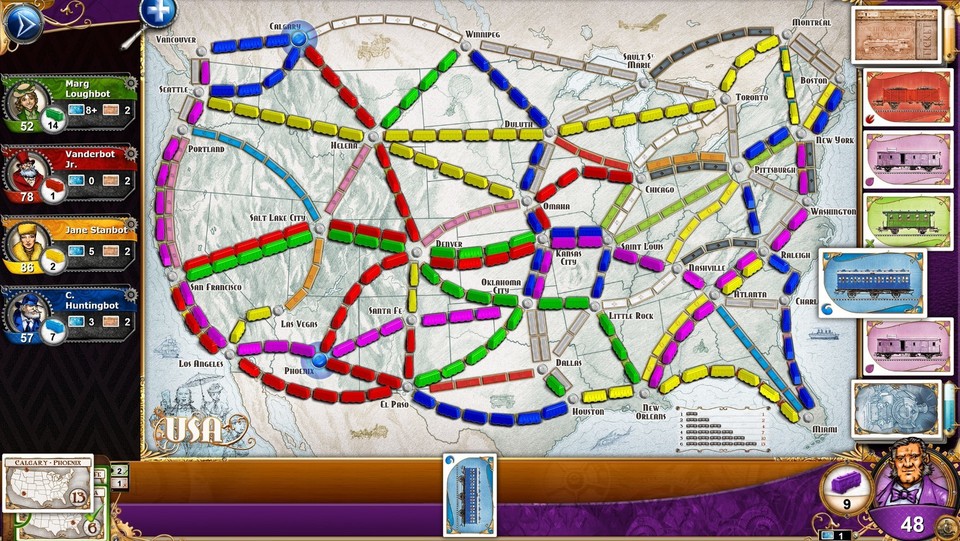 Let’s kick off with a classic - Ticket to Ride, the multi-million selling gateway game that remains a lot of fun to play. There are versions on pretty much every console, phone and computer, so you have plenty of options available to you. We’ve got this on Steam, Xbox and iOS, and it pretty much plays the same - simply, but incredibly effective. Each turn is done in a couple of clicks, whether you’re collecting cards or placing trains on the board, and a full game against four virtual opponents (who can all be set with varying experience levels) can be done in 15-20 minutes. Even if you’ve played a LOT of Ticket to Ride, you’ll still be challenged by the top-tier AI players - and who doesn’t enjoy a challenge? For younger players, there’s also Ticket to Ride: First Journey, which streamlines the game further but adds a load of charm with fully animated locations and a bright, beautiful presentation style.

Speaking of beautiful, but significantly more recent, Dire Wolf's adaptation of Root was released on Steam a couple of weeks ago, with mobile ports also coming before the end of September. Asymmetrical forest-based strategy at its finest, the game pits different animal clans against each other in a bid for control over the woodlands where they all live. With each animal faction playing very differently, Root will take time to truly master, and the clever AI will always be up to the task of taking you down. Kyle Ferrin’s fantastic art has been switched up into a cel-shaded 3D format, so as well as being a great game to return to time and time again, it’s also wonderful to look at. 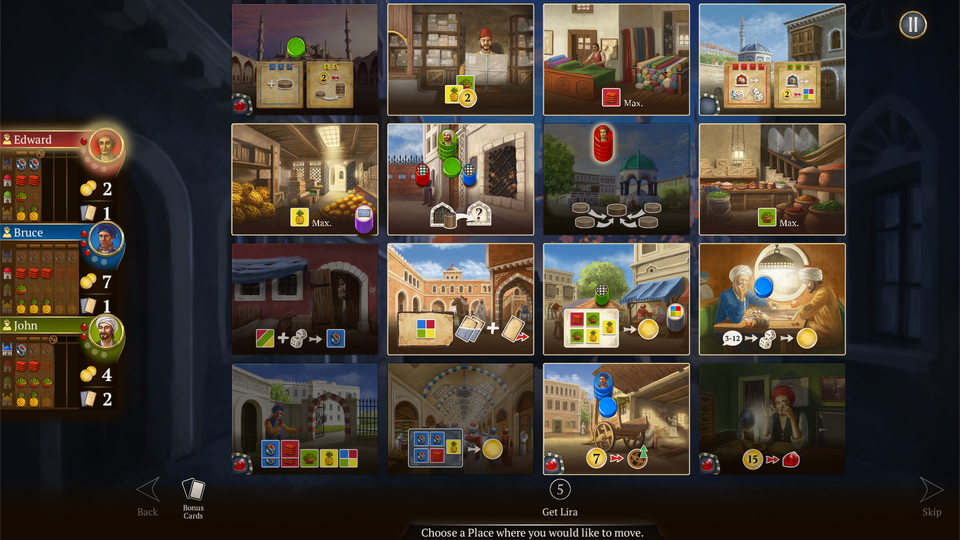 Next up, Istanbul by Pegasus Spiele (digified by Acram Digital). Again, this is on Steam and mobile formats, though we mostly play the digital version found on the Nintendo Switch. As merchants, you’ll run around the famous Turkish bazaar, picking up and dropping off resources, making money and - eventually - collecting rubies. Be the first player to get to a pre-determined amount of rubies and you’ll win the game! Again, the computer players offer a high level of challenge to such a degree that we’ve never actually managed to get a win in the Switch version - plenty of second placed though. And like all of these suggestions, the game handles all of the background bookkeeping on your behalf; much as we love sitting around the table pushing bits around a board, there’s something to be said for having something else do all that on your behalf once in a while…

Sentinels of the Multiverse - Greater Than Games / Handelabra Games 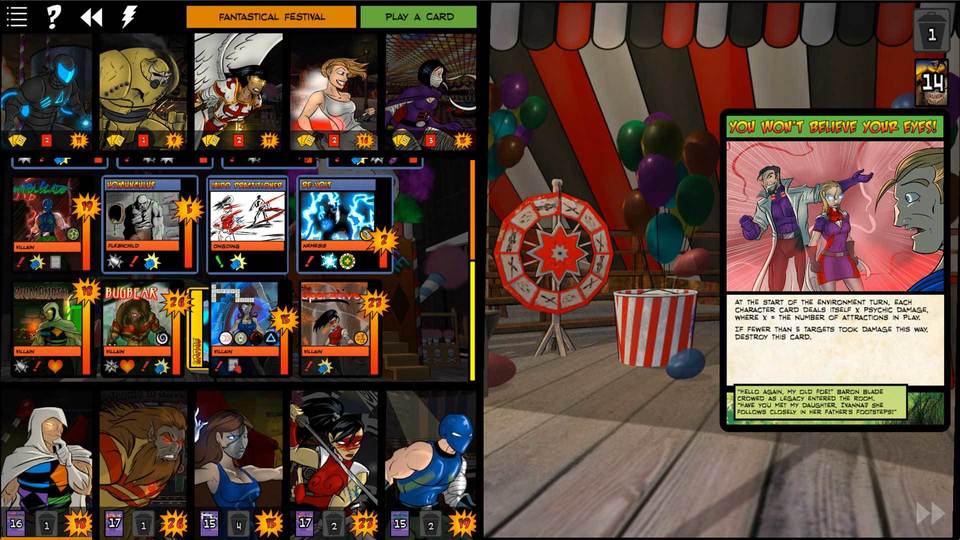 And on the subject of tracking information, the digital versions of Sentinels of the Multiverse deserve a good shout. There is a LOT going on with the analogue version of Sentinels, tracking all manner of effects with a bucketful of tokens strewn across the table (especially when Things Get Close To The Wire) so having something do all that tracking on your behalf lets you just get on with beating up whatever super villain you happen to be going up against. A digital version is available on Steam, but I put most of my time into the Android build (it’s also on iOS). As it’s a co-op, the AI will handle the villains and environmental turns on your behalf while you pull together your team of heroes and save the world. Again. Definitely recommended.

As of writing, there aren’t any Hub Games available on platforms like Steam - though the original version of Flip Over Frog that was published by Gotta-2 is on Switch. Let us know which of our titles you’d like to see put online with a super-genius AI that will stop at nothing to defeat you! Perhaps a version of MegaCity: Oceania that has a perfect understanding of physics and architecture? Or Holding On where you’re always the Shift Manager, but the staff you assign make their own decisions? That could be interesting… Regardless, give us a shout on Twitter, Instagram or Facebook with your ideas!